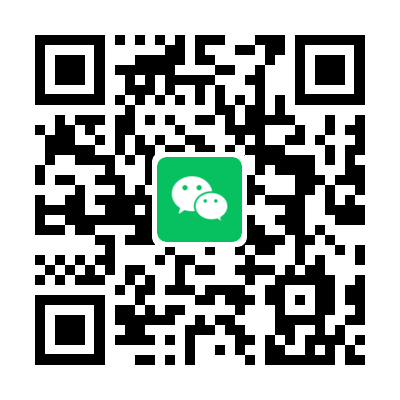 Questions 16 to 20 are based on the following passage:

A new study shows an astonishing number of people are using their cellphones on the john(盥洗室).From web browsing and texting to conference calls and online shopping,it seems this technology-driven world leaves no time for bathroom breaks.

11mark,an integrated marketing agency,surveyed 1,000 American mobile users in October.Seventy-five percent of them admitted they used their phones while on the toilet—leaving no mystery as to what happens behind closed stalls.

And this doesn’t just account for the technology-addicted youth.Forty-seven percent of mobile users from the Silent Generation(born 1946 or before),65 percent of Baby Boomers(1946-1964)and 80 percent of Gen X-ers(1965-1976)use their cell phones in the bathroom.

But as expected,Generation Y has the highest percentage of multitaskers,using their phones and the john at the same time.

Did the same percentage of Gen Y wash their hands afterward?Ninety-two percent of those surveyed reported

they washed their hands after using the restroom(perhaps all those“You must wash your hands before returning to work”signs have started to pay off).

But unfortunately the same cannot be said for their mobile devices—only 14 percent wash their phones after using the bathroom.Maybe this calls for a new-age health initiative,requiring public restaurants to change their signs to“You must wash your hands—and your phone—before returning to work.”

And for many,toilet talking and texting was not a just one-time thing,used only in the most dire（急迫的）

circumstances.Twenty-four percent of mobile users reported they actually don’t go to the bathroom without their phones.

In a world where you can’t even have a moment of solitude（独处）on the toilet,one is forced to wonder,isn’t anything sacred anymore？

16.The passage is mainly about.

A.a survey on how people use their mobile phones

C.whether people wash their hands and phones after using the bathroom

17.We can learn from the passage that what happens in the bathroom used to be regarded as.

18.It can be inferred from the passage that.

C.technology has the same influence on different people

D.technology has a destructive power

20.What is the tone of this passage?

Directions:In the following passage,some sentences have been removed.For questions 21—25,choose the most suitable one from the list A—G to fit into each of the numbered blanks.There are two extra choices,which do not fit into any of the gaps.Mark your answers on Answer Sheet.(10 marks)

This year the world’s population ticked over to 7 billion.21)They forecast dramatic changes unless significant steps are taken to control population growth.Here are some challenges a population of 7 billion must

Water is probably going to be the first real threat that we bump into.Access to fresh water becomes incredibly difficult.We’re seeing the impacts of overuse of water resources and that sort of pressure mounts as the world population increases.22)

What we’re putting into the atmosphere is going to lead to changes that haven’t been seen in millions of years.As the whole world warms up,a lot of places become very unpleasant to live in.23)We have to find less

polluting sources of energy and be much more careful in the way that we make use of the remaining non-renewable fuels we’ve got.If we continue to tap the resources to meet the immediate economic demands,the supplies will run out in time.We still can’t imagine that one day we have to run the world from renewable energy resources.

A.We’ve got some major health problems with the medical services to actually attack the diseases of old age.But the real problem is that the world population is growing fastest in the developing countries.How can we cope with a double of the population when they’re already dirt poor and only just getting enough to live on?

B.Is it all doom and gloom（前景暗淡）as the experts suggest,or do we have a brighter future?

B.Experts have painted a depressing future for life on Earth.

C.All countries in the world will face the challenge of population ageing.

D.Agriculture,a main consumer of water,may have to change its whole structure.

E.If we hang on to them for a little bit,they’ll get more and more valuable in the future.

F.The challenge of meeting the food needs of its ever-growing population is enormous.

Directions:In this section,there is a passage with ten blanks.You are required to select one word for each blank from a list of choices given in a word bank following the passage.Read the passage through carefully before making your choices.Please blacken the corresponding letter for each item on Answer Sheet.You may not use any of the words in the bank more than once.(10 marks)

A good deal of fascinating research has been done about the reading patterns of young people,and it is surprising to discover at what an early age children start expressing preferences for particular kind of books.A recent report,which 26 in detail the reading habits of primary-school children,showed that even seven-year-old boys and girls have 27 views about what they want to read.Girls,in general,read more,and

28 more girls than boys preferred reading stories.Boys were showing a 29 for the more instant appeal of picture stories,or else books about their hobbies.

These tastes continue 30 until the children are teenagers.Apparently girls read more in general,but more fiction in particular.You could say that there are more 31 for girls to read fiction:magazines 32

the fiction habit in girls in their early teens,and by their late teens they have probably moved on to the adult women’s magazines.Teenage boys 33 to buy magazines about their hobbies:motorcycles,heavy transport and so on.

Adult reading tastes are also the 34 of research.Again the number of women who read for pleasure is

35 higher than the number of men.It seems that the majority of women still want love stories.There has also been some analysis of what men actually read.Apparently only 38 per cent of men read anything,but 50 per cent of what they read is fiction in the form of action-packed stories of space or gunmen.

Directions:There are 20 blanks in the following passage.For each blank there are four choices marked A,B,C and D.You should choose the ONE that best fits into the passage.Then blacken the corresponding letter on Answer Sheet.(20 marks)

It’s lunch time at a popular restaurant in Hong Kong and the place is quite buzzing.The

36 from the 50 or more diners makes 37 hard to have a conversation.When customers are asked if they find it noisy,the most 38 response is“Sorry,what did you say?”

And it’s 39 wonder.Five minutes inside the restaurant is 40 eating in a factory and 41 dining at a live rock concert—a noise level that can cause permanent harm 42 less than ten minutes.

“OK,yes,it’s noisy,”says a waitress,who has to lean in close to hear us ask 43 she can work in this noisy place eight hours each day,“but I’m so 44 to it I don’t even notice it any more.”

From restaurants to public transport,shopping malls to schoolyards,we all live,work and play 45 by noise loud enough to cause hearing loss.46 like the restaurant waitress,most of us are not 47 about the harm noise pollution is doing to us 48.

So to raise the 49 about just how loud it is out there,we 50 the noise level with a certified sound level meter in various public spaces.51 we found was deafening.Everywhere the noise was well above what the World Health Organization considers the 52 limit of 70 decibels—and some places were loud enough to cause severe hearing and 53 health problems after just a few minutes.

54 the noise around you seems less bothersome,it’s 55 because you are slowly losing your hearing.